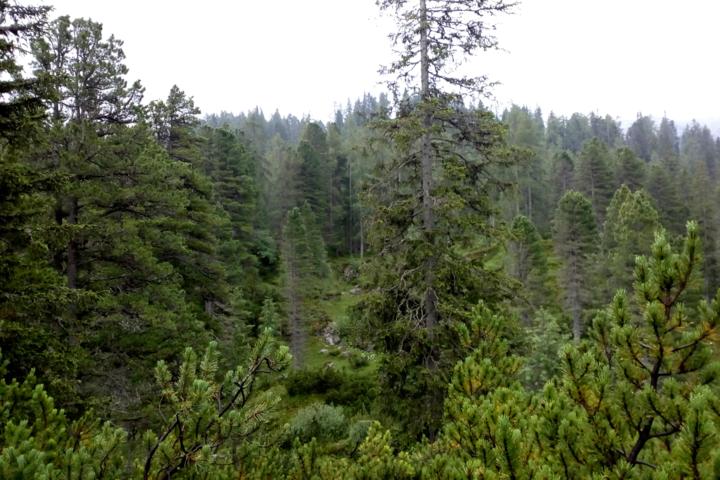 Climate change in the Alps

Climate warming is being felt faster and more clearly in the high mountains than in the lowlands. Conditions for the particularly diverse biotic communities in the Alps are changing at breathtaking speed. Since the last ice age, relative cold and the absence of high-intensity land use have caused many species to retreat and persist. The changing orography with large altitudinal gradients provides for small-scale niche richness. This is another reason why particularly species-rich societies can be found here.

As climate change progresses, the living conditions for these, often highly specialized, species change very quickly. Whether the ecosystem can adapt just as quickly is questionable. In many cases, the interrelationships are not yet clear. For example, water shortages could reverse the commonly expected lengthening of the growing season.

ForestGEO is intended to fully represent global forests and, to this end, form a network of experimental sites that includes sites in tropical and temperate climates. The intensity and scope of the network is unprecedented in forest science. In addition to traditional forest inventories that track tree growth and mortality at each forest site, ForestGEO is pursuing several scientific initiatives to study carbon fluxes, climate change impacts on biodiversity, and forest function.

There is already a strong network for alpine ecosystems above the tree line through the GLORIA network. Through this project, the gap to this can be narrowed again a bit. 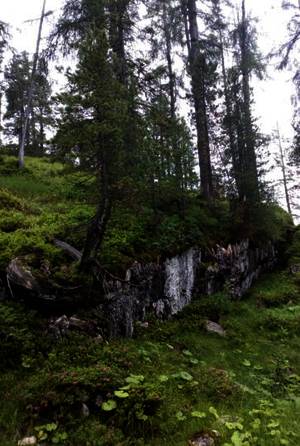 With the megaplot to be established on the Reiteralpe, a further building block is now to be added. The site is characterized by its location on two borders. On the one hand, an altitude gradient is established that encompasses the tree line and reaches into the "Krummholz" zone in the higher parts. On the other hand, the Reiteralpe forms the northern range edge of the European larch - Swiss pine forests in the Alps. Especially with regard to climate change, this area offers tremendous opportunities to observe the expected dynamic change.

The Reiteralpe is also located in the core zone of the Berchtesgaden National Park and is a natural forest reserve. The plant communities of the karst plateau are essentially dependent on previously high precipitation, also during the vegetation period.

The already known data from the regular inventory of the Berchtesgaden National Park are far from sufficient to fulfill the requirements of the ForestGEO network. Therefore, a detailed inventory of the new experimental area to be established is necessary.